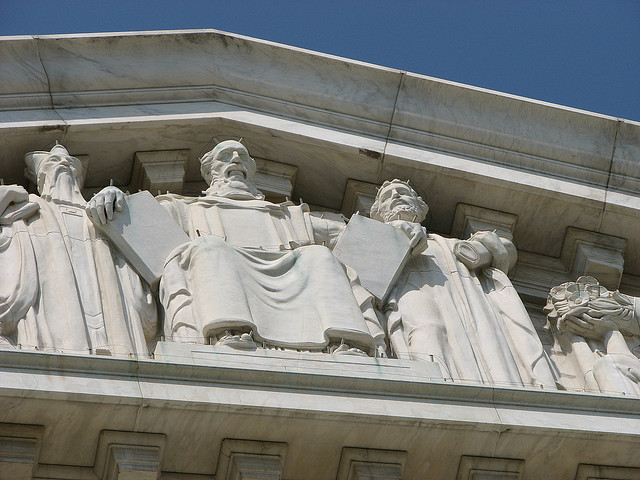 They will see The RESPONSIBILITIES STOLEN BY THE US FEDERAL GOVERNMENT AND THE STATE PUPPET GOVERNMENTS WHICH ARE THE TENTACLES OF THE BEAST OF THE SEA (REV 13- APOSTATE GOVERNMENT CLOTHED IN COUNTERFEIT AUTHORITY & POWER SET AS GOD OF GODS) REACHING FROM WASHINGTON INTO OUR VERY HOMES AND CONTROLLING THE DAILY KIDNAPPING OF OUR CHILDREN TO CONFINE THEM TO THE DEATH CAMPS CALLED PUBLIC SCHOOLS, FOR THE THEFT OF OUR CHILDREN’S HEARTS AND MINDS AND SOULS ALONG WITH EVERY BLESSING THAT WOULD COME FROM THE OBEDIENCE MANIFESTED IN THE RESPONSIBILITIES RIGHTLY UNDERTAKEN BY MEN OF GOD, WOMEN OF GOD, BY HUSBAND AND WIFE, MOTHER AND FATHER, CHILD, BROTHER, SISTER, LEADER, FOLLOWER, TEACHER etc.

This is the truth of the matter. The US federal government and the state puppet governments want to exchange in the hearts of the people, through deception and terror, the Authority that is True, the one True Authority of Almighty God through His Son Jesus Christ our King and Father, the embodiment of the Law of God which he wrote upon the hearts of the elect upon their birth from death unto Life, the very Law of God which is the Mark of God (Deut 4:6-9) the very Familial Bond by which we are known as the Children of God. The US federal government wants to shred this inheritance from God Almighty, of Life, from the history and the souls of your children and wants to establish the US Federal Government and the State Puppet Governments’ Heads of the Beast, the men of lawlessness as your new and only authority. That is the America of today.

When a nation comes under the counterfeit authority of evil, then terror and curse becomes their destiny. What do you see in the news American? Do you see any glory? Did you happen to see the orchestrated attacks by the Obama administration? The 2 gunmen who shot so many people in South Carolina and Louisiana? Do you know when that happened? It happened just before the summit in Mexico for United Nations gun control of the world. Did you know that? Did you know that the men of God who established this nation placed the 2nd amendment in the Constitution so that there would be a last line of defense from the men of God, just as they had when the British usurped government in the 13 colonies, the men of God took up arms and protected their families and brought freedom to live in Righteousness… True Freedom was afforded their families through their faithfulness in confronting evil men.

You better oppose what the United States federal government and the state puppet governments i.e. the Beast of the Sea (Rev 13- Apostate Government clothed in Counterfeit Authority & Power set as god of gods), is trying to do to the 2ND AMENDMENT because of YOU. You MEN OF GOD, are RESPONSIBLE for what has happened, that is what manhood is about. You are at the head of the institution of family, church and civil government, by the declaration of God in Creation and this is ordained when the Authority of the Law of God, God’s very Nature and Character, is written upon your heart by our King Jesus Christ.

With authority to rule as the judge over all by the declaration of the Roles of mankind by God Almighty in creation, you are at the head of RESPONSIBILITY, and that is what you have run from men of God. In defeatist eschatology’s excuse to hide in indolence, apathy, licentiousness, effeminacy and irresponsibility men of God…. You have hidden and kilter families, sacrifice them to the Beast of the Sea (Rev 13- Apostate Government clothed in Counterfeit Authority & Power set as god of gods) in the Beast of the Earth (ALL Apostate Religion and Counterfeit Christianity -Satanic Humanism- man as god) without destroying either with the Sword of the Spirit, protected by the Armor of God, both of which are the Law of God written up on your heart and illuminated by the Holy Spirit upon the faithful dedication of a man’s life to study in the Word of Truth, by the Council of the Holy Spirit with our newborn spirit in Christ, unto growing maturity and thus growing expression embracing of RESPONSIBILITY.

And if you are responsible for what is happened, allowing creatures of the most repulsive vomit and excrement of hell to rule over your families, you better have that last line of defense to take up and defend yourself when the Islamic Al hijrah reaches the right critical mass of births and Muslim population in the United States… At which point Al hijrah turns from a strategic military operation of breeding and immigration to outright jihad and slaughter of your families. It’s our fault men because you are responsible. You cannot go to war unless you have the Christian weapons of war and you certainly cannot pick up an earthly weapon and expect a spiritually victorious outcome unless that weapon becomes an extension of your responsibilities under God to protect your families within the Family of God. It is time to pick up the Law. It is time to learn who you are in your Father Jesus Christ.

The man our King Jesus Christ tapped, RJ Rushdoony, to give True Christian Men understanding of the vast apostasy of their Fathers in this nation and to give them clear and distinct understanding of what it means to bear the Armor of God in the Sword of the Spirit which is the very Authority of the Law of God he wrote upon our hearts undergirded and projected in the Power of Almighty God through the blessings which “will find you out (Deuteronomy 28:1 – 14)” , the Law of God by which they were to establish the Kingdom of God through the unstoppable power of the blessings of God, that glorious identity of Godly Manhood which our Fathers cast down in worship of self, as Satan desired.

Here are the sites to defend the Second Amendment and most importantly to purchase the Institutes of Biblical Law Volume 1 by RJ Rushdoony, which will give you the blessed direction through the Word of God and based on the Word of God which will establish your understanding of what it meant in Jeremiah 31:31 – 34 and Ezekiel 36:23 – 28 regarding the Law of God being written upon our hearts as the men of God and the responsibilities therein…

I pray Godly Manhood upon this nation, for the manhood of death, the authority of Satan in the hearts of the men who the men of God in this nation allowed to do what these walking dead men naturally do. The men of God, in their antinomian licentiousness instead of the Law of freedom and their defeatist eschatology giving them license unto effeminacy and emasculation, receded into their houses of whoredom and allowed the walking dead of the earth in the United States of America, to rise to the counterfeit power of God’s judgment through them, to murder, pillage, rape, lie, steal and every form of sin leading to slavery and death, with the goal of taking as many within this nation as possible under slavery. They demand slavery and will have it or they will have your death and the death of your children and the rape and death of your wife, because they came to BE SERVED AND NOT TO SERVE and to make people of this land suffer for the elevation of these anti-mens’ power, pleasure and pride to be elevated unto their temporary, counterfeit, judged, hateful and useless pseudo-glory. They are setting the stage for the annihilation of your families and the slavery and torture of those who survive. The 3 tiers of government are the 3 heads of the Beast of the Earth (ALL Apostate Religion and Counterfeit Christianity -Satanic Humanism- man as god) now, the United States federal government and the state puppet governments have nothing to do with this nation, they have nothing to do with the people of this nation, they have to do with doing whatever it takes to ship in as many prefabricated slaves of papacy and Islam as possible to dilute the population and to give them citizenship immediately after establishing and supporting them through the stolen funds of taxation.