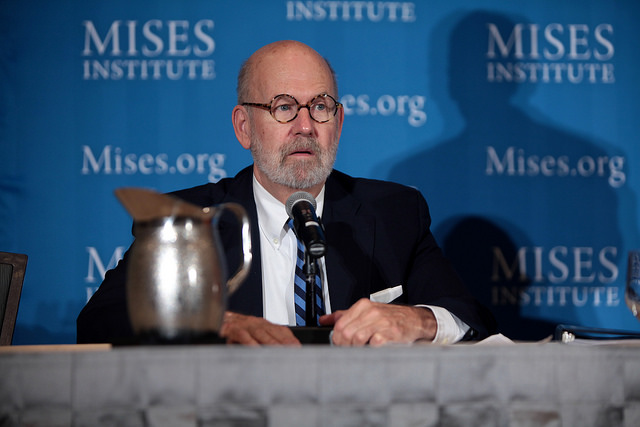 We are regaled with the argument “God gave man free moral agency” as a means to justify any number of activities (prostitution, adultery, polygamy, polyamory, bigamy and Sodomy) as allegedly “outside the jurisdiction of civil government.” A government with enough power to restrict these criminal activities is said to be “too big” and “trouncing ‘liberty'”.

Yet the same persons who appeal to divine revelation of God’s gift of free moral agency, (pointing to the authority of Scripture to do so) seem incapable of balancing that noted gift with the realization that the same God who allows man the “freedom” to do wrong, also authorizes civil authority the “freedom” to prosecute, and even execute the abusive free moral agent.

Conclusion: Noting the existence, even the gift of free moral agency from the Bible does not in any remote way substantiate the secular humanist French libertarian theories of government born in the 1780’s by God and church hating atheists.

There is a line drawn by God, (not secular humanists), where the jurisdiction of self-government ends and that of civil authority begins. That line has never and will never be found at the Lew Rockwell website.

Christians who are, ironically, indoctrinated by such humanist teachings (in the prevailing absence of the existence of proper teaching in 99.999% of local churches), are deceived.

It is very sad.

Most are too far steeped into antinomian rebellion to be helped. They defend secular humanist lies (originating outside the church) with Marcionism they learned inside the church. It’s a double handcuff not easily broken. It requires the Holy Spirit, and because of pride, few qualify for the Spirit’s work. Just the opposite – God RESISTS them, according to His Word. Pride makes the aid of the Holy Spirit unjust and impossible.

Creating a theory of government that begins with an atheist and THEN seeks justification via scripture is just exactly backwards on how one is commanded to form sound beliefs about the world around us. This is the case with most of the self-described Christian “libertarians” I have ever met. I primarily blame a negligent church spread over a century, but then, as already noted, most can’t be helped once they do encounter truth. Deception, particularly when it reaches a cultish pitch, as seen in the modern libertarian movement, is a powerful chain upon the human mind. God resists the proud, but gives grace ONLY to the humble.