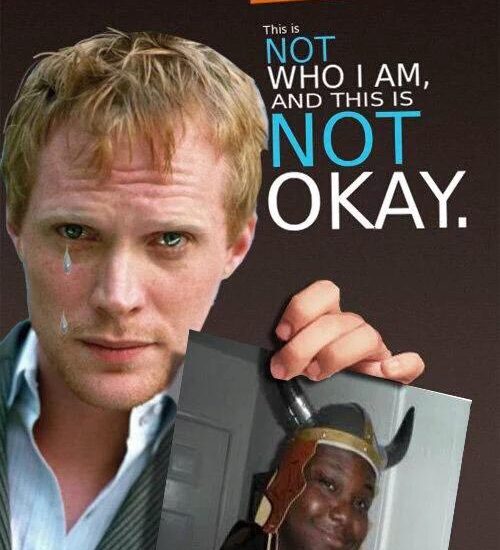 For Halloween this year some creative people got the hashtag #HalloweenIsWhite trending on Twitter in a grand trolling attempt. Many of the promoters of the phrase were promoting it as a way to expose the hypocrisy of the resulting insanity from rejecting Christianity and Christian morality. The insane anti-christ mentality posits that dressing up as an Indian or some other culture is to commit the made up sin of cultural appropriation. Thus, the Halloween Is White hashtag seeks to satirize the double standard of cultural appropriation by showing that according to the anti-christ mentality it is always acceptable to culturally appropriate something from white people but never acceptable for white people to culturally appropriate something from another race. The reason for the double standard against white people is that white people have been the only people who have been predominantly Christian throughout history. Thus, whites are attacked. The trap that whites fall into is in defending themselves without the basis of Christianity and instead defending themselves purely on race. While that latter method has some merit, it is wholly without merit if the foundation of Christ is removed.

One image being shared on Twitter was correctly explaining the syncretism of paganism with Roman Catholicism which is why the deformed church began to celebrate Halloween again. The scripture commands us to “Learn not the way of the heathen.”

And ye shall not walk in the manners of the nation, which I cast out before you: for they committed all these things, and therefore I abhorred them. Leviticus 20:23

Take heed to thyself that thou be not snared by following them, after that they be destroyed from before thee; and that thou inquire not after their gods, saying, How did these nations serve their gods? even so will I do likewise. Thou shalt not do so unto the LORD thy God: for every abomination to the LORD, which he hateth, have they done unto their gods; for even their sons and their daughters they have burnt in the fire to their gods. Deuteronomy 12:30-31

Instead of spending time satirizing the foolishness of cultural appropriation we should be teaching Christians not to celebrate the pagan holiday of Halloween.